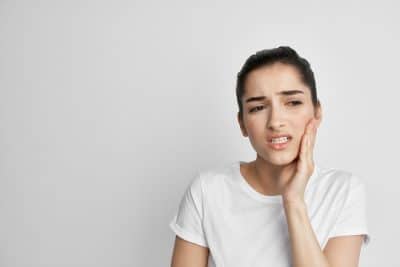 We understand that sometimes it’s hard to accept the claims we make about the potential results for temporomandibular joint disorder (TMJ) treatment. The incredible variety of TMJ symptoms like headaches, jaw pain, dizziness, vertigo, and more can seem improbable.

However, you don’t have to take our word for it. Let some of our patients tell you in their own words about the results they received from Detroit TMJ dentist Dr. Jeffrey S. Haddad at the Michigan Center for TMJ & Sleep Wellness.

Mike Got Relief from Pain and Depression

Chronic pain often causes depression. In response to their pain, they may draw away from people they love, give up the things that used to bring them joy, or even consider suicide. That’s where Mike was before he came to our office. In his words, “My whole outlook on life turned into a dark, depressing nightmare.”

Mike’s TMJ developed after a failed root canal led to tooth extraction. His dentist replaced the extracted tooth with a dental bridge that didn’t fit properly. This dentist and several others tried to grind his teeth away to try to make the bridge fit. This is a common response among dentists. Grinding is something they know how to do, and sometimes it works. However, many of us have teeth that are already worn down. They need to be built up, not ground down. Unfortunately, many dentists don’t have the tools to tell them when to grind and when to build.

When Mike came to our office, we were able to test his bite and find the healthy position where it needed to be. Unsurprisingly, he needed his bite built up. When we fitted him with an orthotic–an appliance that fits over your teeth to reposition your jaw–his bite began to improve and has continued improving ever since.

Mike’s advice to other people with TMJ: “Don’t suffer any longer. Make an appointment and get your life back!”

One of the most difficult things for us is when people suffer from TMJ for a long time. At our Detroit area TMJ practice, we regularly see people who have had their symptoms for a decade or more. Even in that context, Stephanie’s story is especially tragic. Stephanie suffered from TMJ symptoms for as long as she could remember until she visited our office in 2013. She first tried to get treatment in 1989 at the age of 11, when an orthodontist said that braces would fix her symptoms. She also sought treatment from multiple specialists in the early 2000s, including physical therapy and botulinum toxin injections. Before she visited us, she says, “I became desperate to find something to put an end to my suffering!”

We fitted Stephanie with an orthotic for several months before setting her on a course of braces that would not only straighten her teeth but also promote a better bite. By the time she finished her time in braces, her symptoms had all but vanished.

Sue’s Results Got Better and Better

Sue initially came to our Detroit area TMJ practice for relief from headaches. Sue was initially reluctant to get treatment, but after seeing a presentation about another patient and doing her own research, she decided to get treatment.

Within six weeks of starting treatment, Sue began to see results from wearing her orthotic. Not only did her headaches and jaw popping resolve, but she also began to see improvement in symptoms she hadn’t realized were related to her TMJ. This includes sinus problems and eye issues that were also resolved along with her TMJ treatment.

Tim’s TMJ story has a more dramatic opening than many. One day at work in his office, he suddenly suffered a debilitating attack of vertigo. He was dizzy, nauseous, and weak. Though he tried to work through it, a coworker saw his suffering and demanded that Tim either go to the hospital or he would call 911. Tim consented to let his coworker take him to the hospital. Throughout what Tim describes as a “violent 25-minute ride through hell,” Tim vomited almost continuously.

At the hospital, they conducted numerous tests but couldn’t identify the cause of his symptoms but found no answer. Eventually, Tim received a diagnosis of Ménière’s disease, which matches his symptoms. Unfortunately, even his Ménière’s disease specialist couldn’t tell him why his symptoms started or what he could do to prevent their return. Instead, he gave Tim a grave prognosis: he would lose hearing in his affected ear, and eventually, his other ear would likely become affected, too.

Like many people with Ménière’s disease, Tim didn’t realize that it could be connected to TMJ. Instead, he only sought treatment with us after his wife, referred by a sister-in-law, came to our Detroit area TMJ practice. When she saw great results and became friends with people at our office, Tim decided to see us for treatment.

Detroit TMJ dentist Dr. Haddad discovered that Tim’s jawbone had worn away at the body’s defenses surrounding the delicate workings of the inner ear. As a result, the balance and other functions of the ear were compromised. In addition, his jaw was actually wearing down the protection around the right ear, and it would soon be impacted.

However, Dr. Haddad rebuilt Tim’s bite, helping Tim feel steady for the first time in more than seven years. His vertigo attacks resolved as well. Plus, Tim is happy that he has a beautifully restored smile to support his healthy bite.

What Can TMJ Treatment in Detroit Do for You?

We know that many people may be skeptical about TMJ treatment. Often, people don’t come to see us until they’ve exhausted all other options and they feel they have nothing to lose. However, we encourage you to not reach that point. Instead, take the initiative to do what many other patients have done: seek help at our Detroit area TMJ practice. Please call (248) 480-0085 or use our online form to request an appointment at the Michigan TMJ & Sleep Wellness Center in Rochester Hills near the Sanctuary Lake Golf Course.