It is no exaggeration to say that sleep apnea dangers area real, and deadly. From your brain to your heart to your toes, there is literally no part of your body that doesn’t benefit from the rejuvenation of sleep, and sleep apnea dramatically reduces the restful and restorative aspects of sleep. The results can be dangerous cardiovascular problems, cognitive difficulties, and metabolic disruptions.

Sleep apnea affects everyone differently, and the best way to learn how it’s affecting you, call (248) 480-0085 for an appointment with Detroit sleep dentist Dr. Jeffrey Haddad.
Request Appointment

When your breathing stops at night, your brain awakens and makes several commands. It opens your airway to restore the flow of oxygen, but it also orders your heart to pump harder and faster to get as much oxygen as possible to the brain. This repeated strain on your heart can result in a number of serious consequences, including:

During sleep, your brain performs a number of tasks related to the regulation of energy usage and storage. Sleep apnea interferes with this process, and, as a result, people with sleep apnea may see unusual weight gain. They can also have difficulty losing weight, despite dieting and exercise. Since many people with sleep apnea are already overweight, this creates a vicious cycle that can be hard to break.

Another regulatory system that sleep apnea interferes with is the regulation of your blood sugar levels. People with sleep apnea are more likely to develop type II diabetes. This is partly because of weight gain, but studies have shown that sleep apnea has an independent role in this destructive illness, and that it makes diabetes treatment harder. 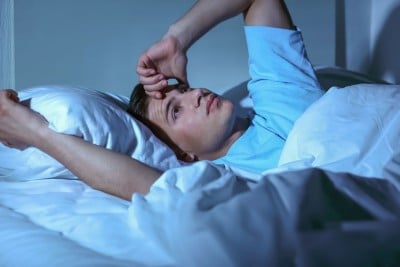 Your brain is one of the organs seriously impacted by sleep apnea. Repeated oxygen deprivations and the interrupted sleep cycle prevent your brain from getting the restorative rest it needs. As a result, you may find yourself unable to focus on tasks, and may even be falling asleep during some tasks, such as driving, with potentially serious consequences. People with sleep apnea suffer memory problems, both in recall and in committing new facts to memory. Motor memory is also impacted, so people may find it hard to perform a number of tasks.

You may also suffer mood problems. At first, you might attribute irritability and moodiness to a couple of bad nights, but no matter how much sleep you try to get, you aren’t getting rest, which can contribute to depression or bipolar disorder.

But with the potential severity of this connection, it is one that is best not ignored.

If you want to learn more about the dangers of sleep apnea in Detroit or how to avoid them, please call (248) 480-0085 or email us today for an appointment.