Why Are We So Tired?

These days, society is making so many demands on our time. With the office only as far as the smartphone, it seems like our workdays keep getting longer and longer. And who can forget how our TV, video games, and social media keep us from getting to bed on time? With all these distractions, it’s no wonder why modern people are so tired all the time. We must be getting less sleep than we evolved for, back when people had no electric lights or Internet to keep them up at night.

However, according to a study looking at sleep in “pre-industrial” societies, we may have slept less during prehistoric times when we lived a hunter-gatherer lifestyle than we do now. 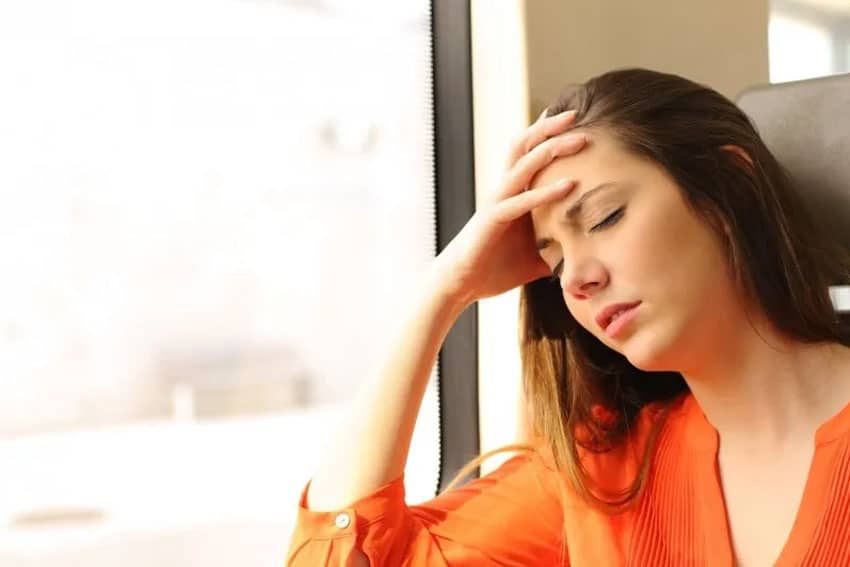 You Don’t Have to Sleep When the Sun Goes Down

This conclusion is based on observations from three hunter-gatherer societies that still live in very traditional ways. The groups studied include the Hadza in Tanzania, the San in Namibia, and the Tsimane in Bolivia. They used daily fitness trackers — like a Jawbone or Fitbit — to chart activities over nearly 1200 days and nights from 98 individuals.

They found that the sleep patterns for these peoples were similar, despite their separation in culture and geography. Usually, people went to sleep several hours after sunset and woke up a little before sunrise, except in the summer for the non-equatorial population. The populations have many night owls, with bedtimes around 2 a.m. not uncommon. Overall, these people got an average of 6.5 hours of sleep a night — much less than the average American. Statistics from the American Time Use Survey conducted by the Bureau of Labor Statistics (BLS) showed that sleep time has increased since the mid-2000s. In 2020, the first year of the pandemic, sleep times jumped dramatically, increasing by more than 10 minutes a night to just over nine hours.

Why Are We So Tired?

This data is interesting, but it leaves us with a tricky puzzle: if we’re getting more sleep than we used to in pre-industrial times, why do we experience such chronic fatigue? Here are some possible ways to explain why we’re so much more tired than hunter-gatherers.

Part of the explanation is that the BLS numbers don’t tell the whole story. Although the numbers are considered valid for what they are, they don’t really track sleep hours. Instead, they track hours spent sleeping, including naps and time people spend awake in bed trying to sleep. Notably, a mattress company survey reported that people slept only an average of 5.5 hours a night in 2019. The real number is likely somewhere between the two values, telling us that we might not sleep much more than hunter-gatherers, but we probably don’t sleep much less.

When you have diabetes, your body has difficulty maintaining healthy blood sugar levels. Either the body doesn’t produce enough of the hormone insulin, or your body doesn’t use it efficiently. People with diabetes often experience chronic fatigue. We’re not entirely sure how the two connect, but the body’s inability to utilize sugar properly could contribute to feelings of chronic fatigue.

Diabetes is rare among pre-industrial peoples. Diabetes risk is closely linked to obesity. None of the tribal peoples are obese: their body mass index (BMI) ranges from 18 to 26, while obesity is BMI 30+. For comparison, over 30% of people in the Detroit area are obese. Nearly 10% of Americans have diabetes.

Depression is characterized by chronic low mood, low energy, and poor sleep. People with depression tend to feel sad, lose interest in things they used to enjoy, may feel worthless, and may focus on suicide or death.

About 5% of the adult US population suffers from depression. If you think you might be depressed, talk to your doctor, but note that your symptoms of depression might be traced to other causes.

Lack of Exercise and Play

If you aren’t getting enough exercise, it can decrease your overall energy, contributing to chronic fatigue. While Americans have an average of about 5.5 hours of leisure time each day, they don’t spend much of it on exercise. On average, people only spend 6.6% of their free time exercising. For hunter-gatherers, much of their work and chore time is spent exercising.

Another shortfall is in play. While modern Americans like games and spend time playing them, it is not very much time compared to what hunter-gatherers spend on play. Not only do they dedicate more of their leisure time to play, but their work might also be considered play.

Chronic pain is exhausting, plus it can interfere with sleep.

We can also look to snoring and sleep apnea for their contribution to our exhaustion. Surveys of modern people only record how much time we think we spend asleep, but in actuality, we spend a lot less time sleeping, especially if you have sleep apnea, which causes you to wake up repeatedly through the night.

If you feel tired all the time, it’s likely not just the amount of time you spend sleeping (or trying to sleep). Instead, other likely causes are contributing to your chronic tiredness or fatigue.

Sleep apnea might be the reason if you find that you are waking up tired or wanting to sleep during the day, even if you’re getting plenty of sleep at night. To find out, please call (248) 480-0085 for an appointment with a Detroit sleep dentist at the Michigan Center for TMJ & Sleep Wellness.