Many of the body’s systems are stressed by sleep apnea. The repeated loss of oxygen can stress the body, but one of the most destructive effects of sleep apnea is hypertension (high blood pressure). Raised blood pressure puts stress on the heart, blood vessels, and even the kidneys. That’s why many people with sleep apnea develop chronic kidney disease.

Fortunately, treating sleep apnea can be a powerful way to slow the progression of chronic kidney disease. While it doesn’t stop the progression of the disease, it can make a big difference for patients, and early intervention is critical to maximize benefits. 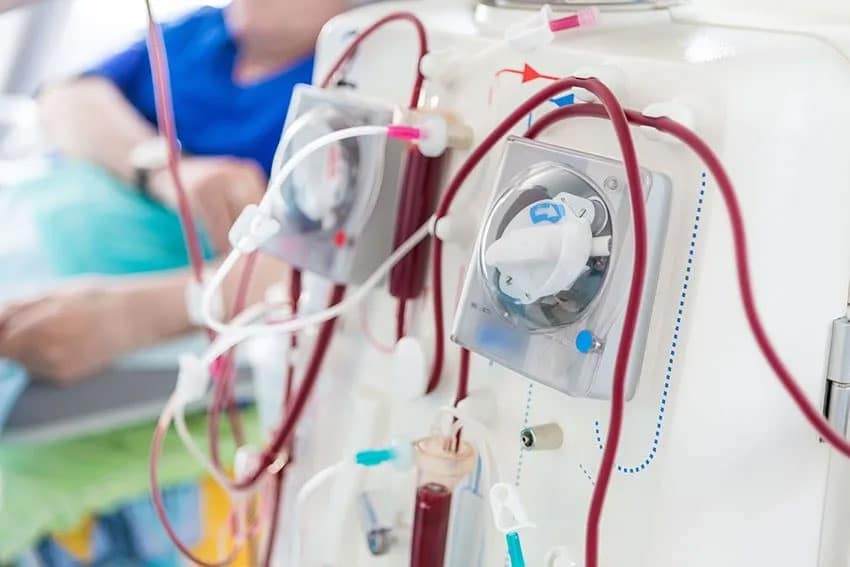 How Is Chronic Kidney Disease Measured?

The most common tool to measure chronic kidney disease is called estimated glomerular filtration rate (eGFR). This is a test that measures the blood creatine level. Your kidneys are supposed to filter this amino acid out, so the level of it in your blood is a sign that your kidneys aren’t working as efficiently as they should be.

A normal level of eGFR is 60. On the low end, when the eGFR reaches 15, a person usually has to get dialysis or a kidney transplant.

It might seem discouraging that sleep apnea treatment can’t stop the progression of chronic kidney disease, but it’s important to remember that even people without sleep apnea in this study saw their condition worsen over time. This is the nature of the disease.

These are all patients who were diagnosed late in life. The average age of subjects was nearly 70 at the start of the study, and all of them with sleep apnea were newly diagnosed. They may have had sleep apnea damaging their kidneys for decades without treatment. Early intervention could have slowed progress of the disease early to give these patients even longer before needing to consider drastic interventions.

If you suspect sleep apnea, it’s important to get it diagnosed. Otherwise, the condition could continue doing severe damage to your body. To learn if you have sleep apnea in the Detroit area, please call (248) 480-0085 today for an appointment with sleep dentist Dr. Jeffrey S. Haddad at the Michigan Center for TMJ & Sleep Wellness.