Getting Your Sleep Apnea Diagnosed Could Save Your Job

The consequences of sleep apnea can be deadly. But it’s a funny thing about deadly threats like heart attack and stroke–they might seem so far away and unreal that they can be ignored. We are often more worried about the daily concerns of life, including taking care of our family and keeping our job.

The thing is: taking care of your sleep apnea might be vital to keeping your job. With sleep apnea, you might experience many health effects that can get you fired: showing up late, dozing off at your desk, or workplace accidents. If your sleep apnea has been diagnosed, and you’re getting treatment, you can seek protection under relevant laws. But if your sleep apnea isn’t diagnosed, isn’t treated, and your employer isn’t informed about it, then you are at risk, as a new court opinion shows. 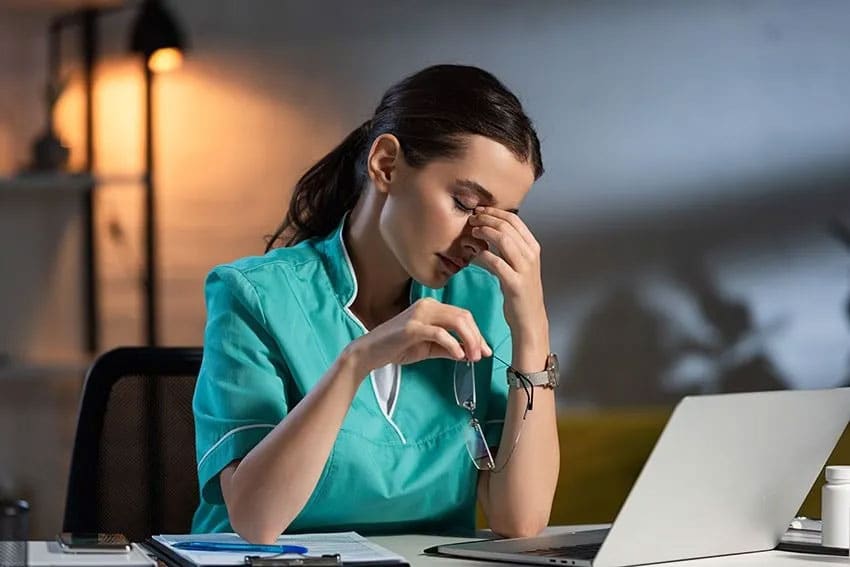 A 911 Dispatcher with Problems

The worker at the center of this case is a 911 dispatcher who from 2002 to 2013 was employed by Brown County, Wisconsin. In 2013 she was fired for latenesses that had been occurring for several months before.

However, she had been experiencing a number of work-related problems for years. Some examples of the trouble she’d been in:

Before she was fired, she was late four times in just a few months. On the fourth instance of being late, she claimed she had overslept. Her supervisor gave her a written warning and a three day suspension. She was told that if she were late again, she would be fired.

Only a few days later, she was late again, and she was fired.

How a sleep apnea diagnosis might have protected her. When she was fired, the dispatcher filed a claim against the county, saying she had been wrongfully terminated. She claimed several potential avenues of protection, including the Family Medical leave Act (FMLA) and the Americans with Disabilities Act (ADA). She claimed that these laws meant she couldn’t be fired for lateness related to her sleep apnea, which allowed for more personal time and counted as a disability that should have been accommodated.

She started to bring up her case at her termination meeting. At this meeting, she brought a note from her doctor. The note stated that she “most probably” had sleep apnea. It recommended that she be tested and treated.

It’s not uncommon with gastric bypass and other surgical approaches to resolving sleep apnea that the results may be temporary. So it wouldn’t be a surprise if she relapsed and had sleep apnea again. But, she ignored the potential warning signs and her own health history and never got tested for sleep apnea in 2012-13. There is also no evidence that she ever told her employer about her 2006 diagnosis and treatment.

As a result, the court decided that the dispatcher didn’t have the right to request leave under the FMLA. Nor could she request accommodations for her illness under the ADA. Without a diagnosis (and timely notice to her employer), the law offered no protection to this employee.

Protect Yourself with a Sleep Apnea Diagnosis

There are many people who think getting diagnosis could make their life much harder. But the truth is, whether you know about it or not, sleep apnea is already making your life harder. You might be experiencing cognitive difficulties, wandering attention, daytime sleepiness, memory loss, and fatigue. These can all get you fired. Without diagnosis, you have no standing for protection under the law.

But if you get diagnosed and get sleep apnea treatment, you’ll be delighted with how much restored you feel. You may find yourself feeling years younger. But even if you have lingering effects despite treatment, you can get reasonable accommodations and protection from termination under the law.

Are you looking for help with your sleep apnea? Please call (248) 480-0085 today for an appointment with sleep dentist Dr. Jeffrey S. Haddad at the Michigan Center for TMJ & Sleep Wellness.