Does Inflammation Cause Sleep Apnea? 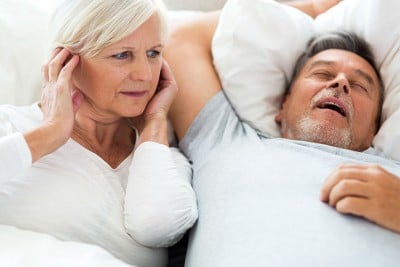 We know that people with sleep apnea experience high levels of inflammation. It’s been assumed that the inflammation is a result of sleep apnea, but now a new study suggests that inflammation may precede sleep apnea and may be an important trigger for the condition.

Inflammation could easily contribute to a person’s risk of obstructive sleep apnea. Sleep apnea occurs when the airway closes during sleep.

Narrow airways are more likely to close during sleep. When your airway becomes inflamed, the walls of the throat expand, narrowing the airway considerably. This makes you more likely to snore or experience apneic episodes.

This new study which claims that inflammation precedes and predicts sleep apnea was focused on 51 children and adolescents from age 5 to 12. Each child underwent baseline measurements, then had follow-up measurements 8 years later. For the baseline measurement, subjects had a sleep test to determine whether they had sleep apnea. They were given a full physical and had blood drawn to measure an indicator of inflammation known as C-reactive protein (CRP). At follow-up, subjects had all the same measurements done, with the addition of a measurement of subcutaneous and total fat.

The study’s insights focused mostly on the boys in the study. Measurements showed that boys developed more visceral (belly) fat during the study period. This was associated with a greater increase in CRP. And increases in CRP predicted the level of sleep apnea when they were adolescents.

New Research on Inflammation and Apnea

In other words, sleep apnea made people old before their time.

Does Sleep Apnea Cause Belly Fat?

The relationship between sleep apnea and belly fat is complicated. As noted by the 2012 study, belly fat can contribute to a person’s risk of developing sleep apnea.

Not only that, but sleep apnea can trigger fat cells in the body to release inflammatory compounds, increasing their health impact.

These findings can dramatically influence our approach to treating sleep apnea, especially for children and teens. When children and teens develop sleep apnea, they are not usually prescribed CPAP or an oral appliance. It would be unreasonable to expect a child or teen to wear a CPAP machine or even put in an oral appliance every night before bed. It’s hard enough to get them to keep wearing their retainers if they have braces–a sleep apnea appliance would be a much bigger challenge.

Instead, children are typically recommended for sleep apnea surgery, which can remove obstructions from their airway to make it easier to breathe. But people with sleep apnea are at a higher risk for surgical complications. When you add in increasing concerns about the safety of anesthesia for teens and children, it may be best to prevent children from getting unnecessary surgery.

If we could encourage them to lose weight, instead, that would be a much better solution.

If you are looking for sleep apnea treatment in the Detroit area, please call (248) 480-0085 today for an appointment with a sleep dentist at the Michigan Center for TMJ & Sleep Wellness in Rochester Hills.