Could Your Children Suffer for Your Snoring?

This is especially true of fathers who are snorers. They leave their snoring untreated, favoring treatments for their children. But it may be your children who suffer in the end if you don’t get your snoring treated. 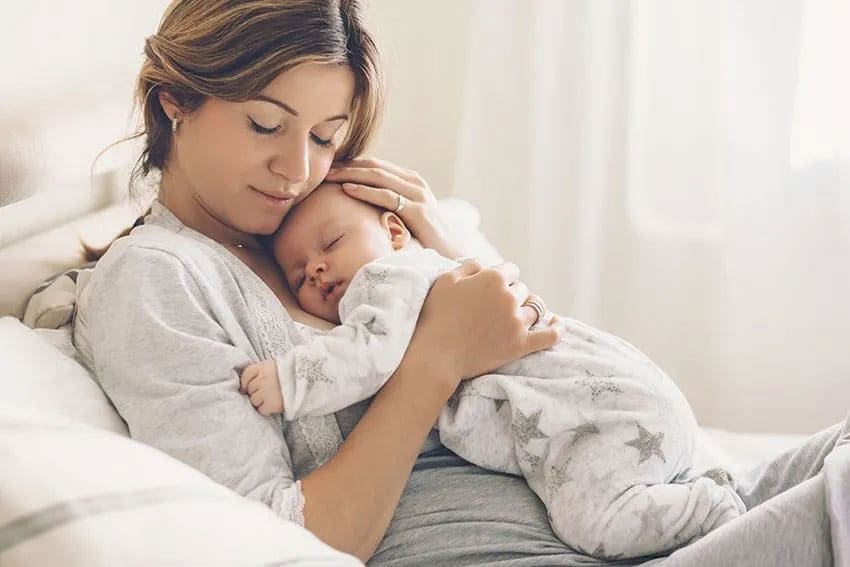 Snoring Can Cause Epigenetic Damage

Your snoring may even be putting your children at risk before you even became a father. That’s because snoring and sleep apnea can cause epigenetic damage that will be passed on to your children.

Epigenetics is an area of increasing knowledge, but it’s still poorly understood. It focuses on the factors around your genes that influence when and how those genes are turned on and off. If genes can’t be freely turned on and off according to their optimal timing, it can cause serious health problems. And because epigenetic factors can be passed down from parents to children, it means that the damage to your genetic code can impact your children’s health.

For example, the body’s genetic regulator for the immune system can be damaged by sleep apnea. In this process, known as DNA methylation, methyl groups (similar to methane gas) attach to the DNA molecule and its sheath, making it impossible for the gene to turn on. In this documented instance, that means that the body can’t turn down the immune response. Having the immune system constantly on high causes systemic inflammation, which can damage organs and increase the risk of cancer.

Damage from snoring may even contribute to further sleep problems for children. So it’s important to get your snoring treated before having children.

Snoring Can Lead to an Early Death

And if you want to be around to watch your children grow up and share your wisdom with them and your grandchildren, then it’s important to get your snoring treated.

Snoring is one of the clearest signs that you have sleep apnea, and sleep apnea can significantly increase your risk of early death, although just how much it increases has varied by study. Men age 40-70 are twice as likely to die if they have sleep apnea , according to a 2009 study. A similar study based on the University of Wisconsin Sleep Cohort found the risk of death was increased by a factor of three among a population that started younger (age 30-60), but was followed longer (18 years).

You might think you are doing your child a favor by prioritizing their health, but if you’re putting your health at risk and increasing the odds that they will lose their father by a factor of two or three, is it really worth it? Do your children a favor and get yourself tested for sleep apnea.

Have More Energy for Yourself and Your Children

And we can’t neglect the impact your sleep problems have on your waking life. If you aren’t sleeping well at night, you won’t have as much energy for daytime activities. If you find that you barely have enough energy for work and don’t have anything left for yourself, your children, or your wife after work, it may be related to your sleep problems. Even if you’ve been diagnosed with another condition, such as low testosterone or hypothyroidism, sleep apnea may be a significant contributor to your low energy.

So if you are a father who is truly concerned about the wellbeing of your children, you will take the important step of getting your snoring treated. The sooner you start, the sooner you and your children will see the benefits.

To learn more about the impact of sleep apnea on your health, please call (248) 480-0085 today for an appointment with sleep dentist Dr. Jeffrey S. Haddad at the Michigan Center for TMJ and Sleep Wellness.