Isabella’s parents were about at the end of their rope when they brought her in to see us. For the previous 4 months she had been suffering with pulsatile tinnitus, a whooshing sound in her ears that disturbed her in every quiet moment. This caused problems when taking tests at school and made it hard for her to fall asleep.

Although other doctors hadn’t held up much hope for Isabella, we were able to correct her tinnitus and even give her relief from migraines that she and her parents had given up on treating. 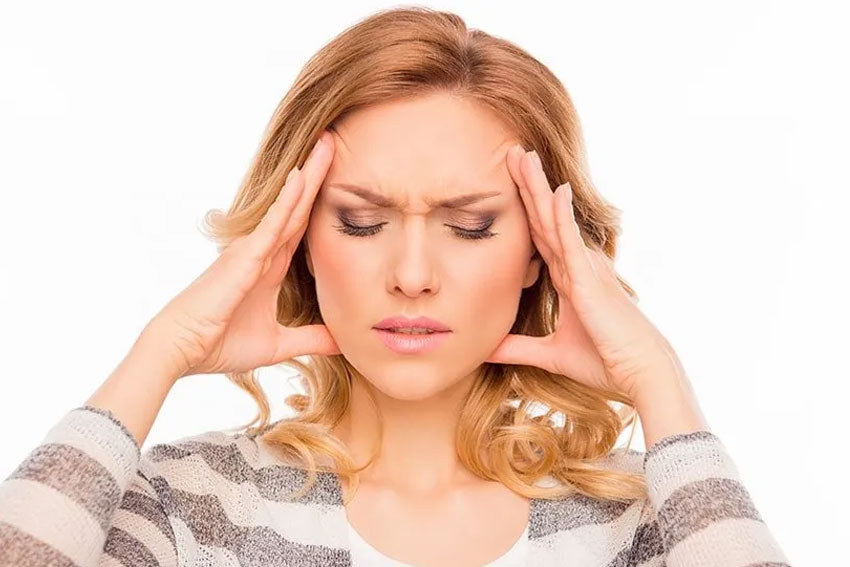 When we listened to Isabella and her parents’ description of what she was experiencing, we immediately knew we could help her. Having been to three ear, nose, and throat (ENT) doctors who did not have solutions, they were eager to let us try.

As with many forms of tinnitus, pulsatile tinnitus is commonly described as being “untreatable.” The whooshing or thumping sound in the ears is caused by small blood vessels that are near the ear. Irregularities in blood flow or alterations in the configuration of the blood vessels either increase the sound of blood flow or make it more audible than it should be.

For many people, the changes are caused by a misalignment in the jaw, known as temporomandibular joint disorder (TMJ or sometimes TMD). Because the ear is housed in the temporal bone (the “temporo” part of “temporomandibular”), TMJ commonly leads to ear symptoms like tinnitus, ear pain, ear fullness, and vertigo.

With Isabella, we used transcutaneous electric nerve stimulation (TENS), a kind of electric massage, to relax her jaw muscles so they wouldn’t keep holding her jaw in an unhealthy position. We then used an orthotic , a plastic brace similar to a sports mouthguard, to help hold her jaw in a healthy position. Within four months of wearing the orthotic and a few sessions of TENS, the tinnitus was completely resolved.

There was a little hiccup in the treatment when the orthotic broke and her tinnitus started to return, but once the orthotic was repaired, the tinnitus began to resolve again, showing us that this was indeed the effective treatment Isabella needed.

When Isabella’s parents brought her to us, they were not expecting to find a cure for her migraines. They estimated that they had seen 10 doctors in two countries and were resigned to the fact that she would just have to live with her debilitating headaches.

But as soon as she began TMJ treatment, her headaches began to diminish, and continued to diminish until they were completely resolved.

Her parents were so happy with the results that they have asked us to treat their other daughter, Demetria, to help her avoid these symptoms in the future.

You can read their own description of Isabella’s situation and her treatment on the testimonials page.

If you or someone you love has been told that symptoms like tinnitus or migraines aren’t treatable, we may be able to help. Please call (248) 480-0085 for an appointment with Detroit TMJ dentist Dr. Jeffrey Haddad at the Michigan Center for TMJ & Sleep Wellness.